A list of publicly available figures from the Australian Government Remuneration Tribunal ranks the top 10 highest-paid full-time public office jobs in the country, with the highest wage exceeding $880,000.

The top total remuneration — which includes superannuation and benefits — goes to Wayne Byres, who earns $886,750 as the chairman of the Australian Prudential Regulation Authority (APRA).

In fourth place on the list is Services Australia chief executive Rebecca Skinner with $748,210.

Three positions are in fifth place, receiving remuneration of $720,480. They are Australian Federal Police Commissioner, Reece Kershaw, Commissioner of the Australian Public Service, Peter Woolcott and Director-General of the Office of National Intelligence, Nick Warner.

The APRA deputy chair receives $709,390, and three positions round out of the list with $665,070: the APRA member position, Australian Security Intelligence Organisation director-general of security, and the Australians Signals Directorate director-general.

And they top the wage of Prime Minister Scott Morrison, whose base salary as a member of parliament of $211,250. When added to his 160 per cent loading as prime minister, his salary is just shy of $550,000.

In April, the Federal Government announced a six-month freeze on Commonwealth parliamentary, ministerial and public sector wage increases, in order to “share the economic burden” of COVID-19. 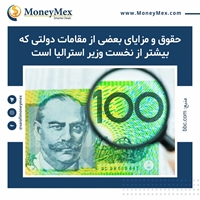